Leadership that Inspires and Transforms

Student Laureates Inducted in 2022 via a pre-recorded congratulatory video

INTRODUCTION of the 58th CONVOCATION:

The 58th Convocation was conducted at the campus of Elmhurst University on Saturday, April 30, 2022.
The Laureates honored

We thank all of our sponsors and supporters.

It is with deep sadness that we share the news of legendary reporter Bill Plante’s passing. Plante spent 52 years as a correspondent for CBS News covering major historic events such as the arrival of U.S. troops in Vietnam, Martin Luther King Jr.’s march across Edmund Pettus Bridge in Selma, and the administrations of four U.S. presidents starting with Ronald Reagan. He passed away Wednesday at the age of 84 from respiratory failure.
Plante was kind enough to lend his talents to the Lincoln Laureate podcast series, interviewing fellow journalists George Will and Bill Kurtis. Those episodes can be listened to at the below links:

George Will, Son of the Prairie

The Lincoln Academy of Illinois partners with donors, members, and regents to advance the values exhibited in the life of Abraham Lincoln: Excellence, service, and honor.

We are committed to programs that:

We can all play a role in encouraging leadership in the spirit of Abraham Lincoln through the Lincoln Academy of Illinois.

Invest in leadership, in excellence, in the future of Illinois. Join us →

J’Tia Hart on Women in STEM 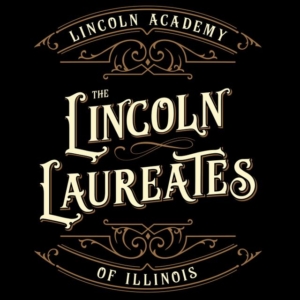 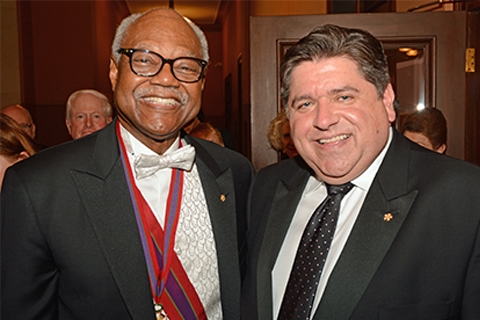 To honor individuals whose outstanding contributions to the betterment of mankind have been accomplished in or on behalf of the State of Illinois, or whose achievements have brought honor to the State because of their identity with it, whether by birth or residence, or by their dedication to those principles of democracy and humanity as exemplified by the great Illinoisan whose name we bear. These individuals, reflective of the diverse populace of the State of Illinois, are named Laureates of the Academy and receive the “Order of Lincoln,” the State of Illinois’ highest award, at an annual Convocation.

To honor one outstanding senior from each of the four year not-for-profit degree granting institutions and one outstanding senior from among all of the community college students who, in the spirit of Abraham Lincoln, demonstrated leadership and service in his or her campus or community and excellence in curricular and co-curricular programs, to be named Student Laureates and receive the Abraham Lincoln Civic Engagement Award and the Lincoln Medallion.

Load more
The Order of Lincoln honors individuals whose contributions to the betterment of humanity have been accomplished in Illinois, or whose achievements have brought honor to the state because of their identity with it, whether by birth or residence. It is the state’s highest award for professional achievement and public service.

Funds raised at the Academy’s Order of Lincoln Convocation help provide the Abraham Lincoln Civic Engagement awards and the ‘Lincoln Medallion’ which will be presented by the Academy’s President to each of 57 Student Laureates at a separate ceremony held in Springfield later this year.

Mr. Lincoln would be proud.

Community Foundation for the Land of Lincoln

Illinois Board of Higher Education

University of Illinois Springfield Center for State Policy and Leadership