Click here to view the PDF version of this press release.

SPRINGFIELD – Five Illinoisans who made a significant impact on the history of the state and nation have been inducted into The Lincoln Academy of Illinois Hall of Fame. Those inducted are Daniel Burnham, Bessie Coleman, Otis B. Duncan, William Henry Herndon, and Julia Clifford Lathrop.

“These five people helped to shape the world as we know it today,” said Lincoln Academy Chancellor Frank Clark. “We proudly place their names beside other Illinoisans who have inspired and humbled us with their place in history.” 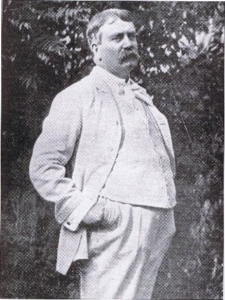 Daniel Burnham (1846 – 1912) is famously quoted as saying, “Make no little plans. They have no magic to stir men’s blood and probably will not themselves be realized.”

He was an environmentalist, architect and urban designer. Much of his work was based on the classical style of Greek and Roman. He was the Director of Works for the World’s Columbian Exposition in Chicago. With a strong belief that man should strive to be of service to others, Burnham took a leading role in the creation of master plans for the development of a number of cities, including Chicago, Manila, Baguio and downtown Washington, D.C. He also designed several famous buildings, including the Flatiron Building of triangular shape in New York City, Union Station in Washington D.C., the Continental Trust Company Building tower skyscraper in Baltimore (now One South Calvert Building), and a number of notable skyscrapers in Chicago.

After several business failures as a young adult, Burnham became a man of influence and was considered the pre-eminent architect in America at the start of the 20th century. He held many positions during his lifetime, including the presidency of the American Institute of Architects. Other notable architects began their careers under his aegis, such as Joseph W. McCarthy. Several of his descendants have worked as influential architects and planners in the United States, including his son, Daniel Burnham Jr., and grandchildren Burnham Kelly and Margaret Burnham Geddes. 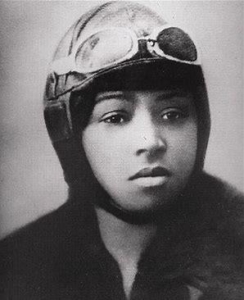 Bessie Coleman (1892 – 1926) Born in Atlanta, Texas into a sharecropper family, Coleman worked in cotton fields through her youth. She moved to Chicago in 1915 at age 23 where she worked as a manicurist and in a chili parlor to save money to become a pilot.

In 1922, Coleman broke barriers of gender, race and ethnicity, becoming the first black-native American woman to earn a pilot’s license. Flight schools in the US would not accept her, so she learned French and moved to France to

learn the craft in which she’d become interested as a child after hearing stories of World War I fighter pilots. She specialized in stunt flying and parachuting and she earned a living on the “barnstorming circuit” at air shows. In a tragic accident during a rehearsal for a show, she died in April, 1926. She was a pioneer in the field of aviation for women. 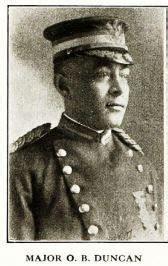 Otis B. Duncan (1873 – 1937) was the highest-ranking African American officer in the U.S. Army during World War I, serving as a lieutenant-colonel in the 370th Infantry Regiment. Unlike other states, Illinois organized and offered paid training for an all-African-American regiment of the National Guard (8th IL Infantry organized in the 1870s, renamed 370th US Infantry during WWI).

A member of a long-established African-American family of Springfield, Duncan worked in the Office of the Superintendent of Public Instruction (current-day ISBE) and entered the National Guard.

Despite (or perhaps because of) his service as an officer in the Illinois National Guard, Duncan was a prominent victim of the Springfield Race Riot of 1908. Contemporary news accounts indicate that a white mob broke into and ransacked Duncan’s house; they shattered furniture, smashed the family piano and used Duncan’s National Guard saber to gouge out the eyes of a portrait of Duncan’s mother that was hanging in the house. The mob was reported to have stolen clothes, jewelry and everything of value they could find, including the saber. 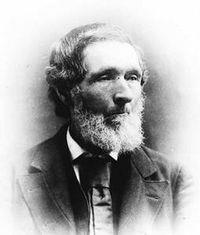 William Henry Herndon (1818 – 1891) was a law partner and biographer of President Abraham Lincoln. He was an early member of the new Republican Party and was elected mayor of Springfield, Illinois.

In 1840 Herndon began studying law at the Logan and Lincoln law practice.

In the fall of 1844, Lincoln invited Herndon to form a partnership. Lincoln appreciated Herndon’s friendship, loyalty, shared political beliefs and conscientious study. Lincoln said that Herndon “was my man always above all other men on the globe.” Herndon did not disappoint his friend. He contributed to the practice by performing research for his older and more experienced partner, building the firm’s law library, and overseeing young men who came to study law (read the law) at their office.

Herndon was a much stauncher opponent of slavery than Lincoln and claimed that he helped change Lincoln’s views on the subject.

Following Lincoln’s assassination, Herndon began to collect stories of Lincoln’s life from those who knew him. Herndon aspired to write a faithful portrait of his friend and law partner, based on his own observations and on hundreds of letters and interviews he had compiled for the purpose. He was determined to present Lincoln as a man, rather than a saint, and to reveal things that the prevailing Victorian era conventions said should be left out of the biography of a great national hero.

Herndon’s Lincoln: The True Story of a Great Life, the result of their collaborations, appeared in a three-volume edition published by Belford, Clarke & Company in 1889. The majority of the actual writing was done by Jesse W. Weik, who received full credit as co-author. The book received wildly mixed reviews due to the inclusion of such unvarnished elements as Lincoln’s mother’s illegitimacy (and even the rumors of Lincoln’s own), its sometimes viciously negative portrayal of Herndon’s longtime enemy Mary Todd Lincoln, Abraham Lincoln’s suicidal depression, and other decidedly less than hagiographic accounts of the martyred president who was quickly becoming the most venerated and romanticized figure in American history.

Weik kept the notes gathered during the writing of the book and wrote a follow-up book The Real Lincoln: A Portrait, which included Weik’s personal insights and some embarrassing details for Herndon. Weik’s family kept them for fifty more years.

Much of what we know about AL’s life before he became President, is derived from Herndon’s interviews for his book. 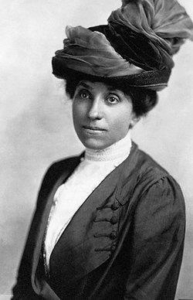 Julia Clifford Lathrop (1858 – 1932) Born in Rockford, Julia’s father, a lawyer and friend of Abraham Lincoln, helped establish the Republican Party and served in the state legislature (1856–57) and Congress (1877–79). Her mother was a suffragist active in women’s rights activities in Rockford and a graduate of the first class of Rockford Female Seminary.

Lathrop attended Rockford Female Seminary where she met Jane Addams and Ellen Gates Starr. After one year, she transferred to Vassar College, developing her own multidisciplinary studies in statistics, institutional history, sociology, and community organization and graduated in 1880.

In 1890, Lathrop moved to Chicago and became involved with Hull House. The women of Hull House actively campaigned to persuade Congress to pass legislation to protect children. During the depression years of the early ’90s Lathrop served as a volunteer investigator of relief applicants, visiting homes to document the needs of the families.

In 1893, Lathrop was appointed as the first ever woman member of the Illinois State Board of Charities, beginning her lifelong work in civil service reform: advocating for the training of professional social workers and standardizing employment procedures. This would lead to opening the labor market for educated women as well as improving social services in Progressive Era cities and towns.

Over the next few years she helped introduce reforms such as the appointment of female doctors in state hospitals and the removal of the insane from the state workhouses.

In 1918, President Woodrow Wilson sent Lathrop and Grace Abbott to represent the U.S. at an international conference on child welfare. There Lathrop consulted on the formation of a childcare bureau in the newly formed country of Czechoslovakia. After her retirement from the Children’s Bureau in 1922, Lathrop became president of the Illinois League of Women Voters. She also helped form the National Committee of Mental Illness. In 1925 Lathrop represented the U.S. in Switzerland at the Child Welfare Committee established by the League of Nations.

Did you know that it was President Lincoln who issued the Proclamation that made Thanksgiving an official annual holiday? He made the announcement on October 3, 1863 - right in the midst of the Civil War.

The holiday has taken place on the fourth Thursday of November each year since, except for 1939 and 1940 when FDR tried to boost the economy by adding another week of shopping between Thanksgiving and Christmas. ... See MoreSee Less

Due to COVID-19, we were unable to hold our annual ceremony honoring the Class of 2020 Student Laureates in-person this year. We have sent the packets to the Colleges and Universities and asked them to document the presentations for us.

For those Student Laureates who don't see your picture here, please send it to us so that we may add it to the album. ... See MoreSee Less

A huge congratulations goes out to Illinois State University President Larry Dietz on the announcement of his upcoming retirement. President Dietz is the longest serving of all current Illinois public university presidents. ... See MoreSee Less