Chad Pregracke grew up along the Mississippi River near East Moline and saw how neglected and trash-filled the region’s rivers had become. As a young man Pregracke began a life-long pursuit to clean up Midwestern rivers. Through his Living Lands & Waters he has greatly improved the Mississippi, Illinois and Ohio Rivers and their tributaries in nine states. Pregracke recently expanded the group’s mission to include student educational workshops, The Million Trees Project, Adopt-A-River Mile, and invasive species removal. He received the Jefferson Award for Public Service in 2002, was named CNN Hero of the Year in 2013, and is the author of From the Bottom Up: One Man’s Crusade to Clean America’s Rivers. 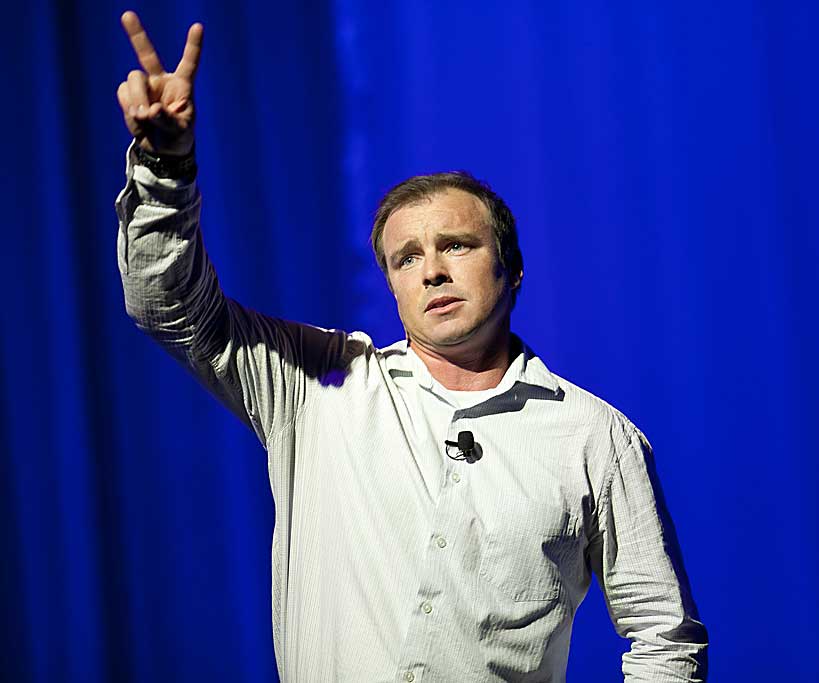 Q. Interviewer: What’s the most important thing you’ve learned from your travels?

A. Scott Turow: About what is eternal among humans — love in its many forms — and what is amusingly different, culture or customs, call it what you like.

Read about Scott Turow, past Laureate, in this interview celebrating his NEW novel, The Last Trial.

Scott Turow has a new novel coming out this May called “The Last Trial.” The bestselling author (“Presumed Innocent,” “The Burden of Proof”) and attorney says it&rs...
View on Facebook
·Share

"The time is always right
to do what is right."

One of our favorite parts of the Student Laureate Ceremony is the After-Ceremony Luncheon with our Student Laureates and many of our members. Have you seen the photos from our luncheon yet? If you were there, chime in with some of your favorite topics you discussed!