You are here: Home1 / In Memoriam2 / Paul Findley

Paul Findley, Class of 1980 Lincoln Laureate, an 11-term Republican congressman from Illinois who was known for supporting civil rights and opposing the Vietnam War, died Aug. 9 at a hospital in Jacksonville, Ill. He was 98.

Mr. Findley was the publisher of a small-town weekly newspaper when he was elected to the U.S. House of Representatives in 1960. Being a native of the Land of Lincoln, he often invoked Lincoln in his campaign rallies and could quote his speeches from memory.

During his 22 years in Congress, Mr. Findley served on the Agriculture Committee and the Foreign Affairs Committee, while cultivating an image as something of a maverick. He was a “conservative Republican” when he first ran for Congress, but he consistently supported civil rights legislation proposed by Democratic President Lyndon B. Johnson in the 1960s. In 1965, Mr. Findley appointed the first African American page in the House of Representatives.

Mr. Findley was a Navy veteran of World War II, an author of the War Powers Act, and pushed for federal farm subsidies, introduced a resolution to begin impeachment proceedings against Vice President Spiro Agnew, who later resigned amid a corruption scandal.

In 1974, Mr. Findley helped obtain the release of a schoolteacher from his district who had been arrested in South Yemen and charged with being a spy. In his travels, Mr. Findley visited refugee camps and reached out to Arafat and other Arab leaders. At the time, Arafat’s Palestine Liberation Organization was designated a terrorist group by the U.S. government. Mr. Findley did not support recognition of the PLO, but he said in 1980 that “it makes sense for us to talk to the PLO, to communicate with them and try to influence their behavior. It would reduce tension and conflict in that area. We can’t wish the Palestinians away — they’re a fact.” 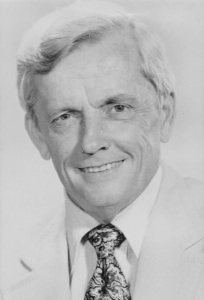