Our condolences to the family of Laureate John H. Bryan, who was named as a laureate in 1993 at a Convocation ceremony held on the DePaul University campus in Chicago at the Merle Reskin Theatre.

John H. Bryan was a 1993 Lincoln Laureate in the area of Business and Social Services. He was a Mississippi native who moved to Chicago in 1969 and was the 1992 Crain’s Chicago Business Executive of the Year. Under his leadership as Chairman of the Board and CEO, Sara Lee Corporation contributed to non-profit organizations promoting culture and the arts and providing assistance to the needy and disadvantaged. Bryan was honored by the French Republic with the Legion of Honor for his cultural and civic contributions, including playing a major role in the United State’s participation in the French Bicentennial celebration. 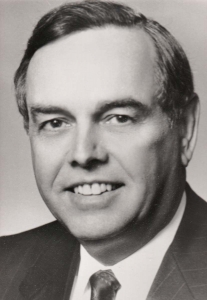 Throughout the month of March, we will be celebrating #WomenHistoryMonth by highlighting the amazing women who have become Lincoln Laureates.

To kick things off, we are featuring Ertharin Cousin who was inducted as a Lincoln Laureate In 2015.

Ms. Cousin is an American lawyer who served as the twelfth Executive Director of the United Nations World Food Programme from 2012 to 2017. Following the completion of her term, Cousin became a Payne Distinguished Professor at Stanford University's Freeman Spogli Institute for International Studies and a Distinguished Fellow at the Center on Food Security and the Environment, the Stanford Center on Democracy, Development, and the Rule of Law (CDDRL), and the Chicago Council on Global Affairs.

In 2014, Cousin was ranked number 45th on the Forbes Magazine's list of "The World's 100 Most Powerful Women" and she was named to the TIME "100 Most Influential People in the World" list that same year. ... See MoreSee Less

Today concludes the month of February, and thus #BlackHistoryMonth, but we will continue honoring our amazing African-American Lincoln Laureates during #womenhistorymonth starting tomorrow.

Our last Black History Month feature is Rev. Dr. Addie L. Wyatt. Rev. Wyatt is best known for being the first African-American woman elected international vice president of a major labor union, the Amalgamated Meat Cutters Union. Wyatt began her career in the union in the early 1950s and advanced in leadership. She was the first African-American woman, along with the politician Barbara Jordan, to be named by Time magazine as Person of the Year in 1975.

She was inducted as a Lincoln Laureate in 2003. ... See MoreSee Less

Bill Kurtis might have been an attorney arguing for victim's rights, but a deadly Kansas twister taught him that a great journalist can reduce the number of victims.

In the first episode of the Lincoln Laureates podcast series, we hear the powerful journey that inspired his investigative passion. From covering infamous trials to finding the facts behind a whistleblower's story. Bill Kurtis discovered that a story crafted with detail can impact a greater cause. On a lighter note, you'll learn why he feared "Ron Burgundy."

Our guest host for this episode is award-winning broadcast journalist Bill Plante.

Listen now by clicking on the link below! ... See MoreSee Less