You are here: Home1 / In Memoriam2 / Harrison Irwin Steans

A memorial service will be held in the Martin Theater at Ravinia on March 9 at 10:00 a.m., 418 Sheridan Road, Highland Park. 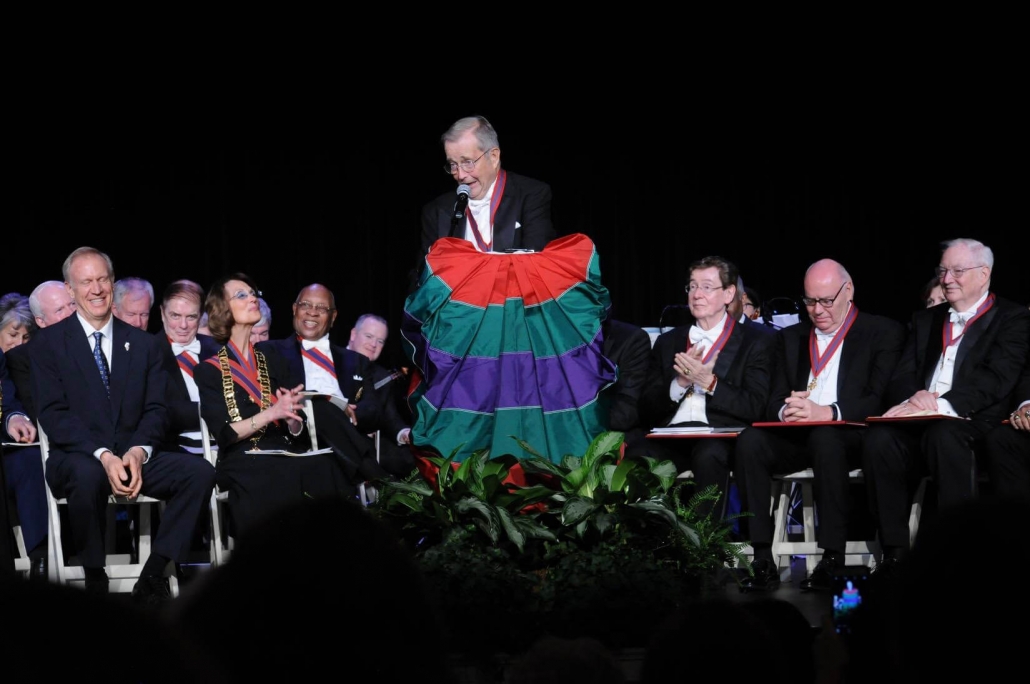 Harrison Steans applied astute business acumen to become a legendary Chicago banker and philanthropist whose strategic community investments empowered individuals and revitalized neighborhoods. He was inducted as a Laureate of The Lincoln Academy of Illinois on May 6, 2017 in Chicago.

Committed to the belief that long-term personal involvement with individuals can change lives and communities, he created the Steans Family Foundation in 1986 to sponsor a sixth-grade

class through the “I Have a Dream” program, which works with students in under-resourced public schools or housing projects. Over time, the foundation focused its philanthropy on one of Chicago’s neediest communities, North Lawndale. A hands-on philanthropist, Mr. Steans earned national acclaim for his passionate work to improve the future of North Lawndale by empowering its residents. Expanding that network of influence, Steans committed $5 million in 2001 to establish and endow the Irwin W. Steans Center for Community-based Service Learning at DePaul University. Today, the Steans Center is a dynamic, multifaceted community engagement center that supports student learning, community development and faculty teaching and scholarship.

Mr. Steans spent the early part of his life in Springfield and left after earning a full scholarship to Princeton University. After graduating, Mr. Steans worked at IBM Corp. as an assistant to the chairman. In 1967, he left his job with IBM, created the Financial Investments Corporation, or FIC, and bought Hyde Park Bank. Mr. Steans quickly turned the bank around and began purchasing others, including First National Bank of Highland Park (1968), Marina Bank (1969), Bank of Elk Grove (1970), Woodfield Bank (de novo–1971), Citizens Bank & Trust Company (1985) and First National Bank of Skokie (1985). By the time Mr. Steans and his investors sold the banks to NBD Corp. in 1987, they were worth $1.8 billion in total assets. From 1973 to 1978, he also served as chairman of LaSalle National Bank. He was chairman of FIC’s Executive Committee and served as trustee of the Steans Family Foundation.

Through the years, Mr. Steans led other successful bank transformations. In 1994, a group led by him acquired a controlling interest in PCB Bancorp Inc. With Mr. Steans as its chairman, PCB Bancorp grew from a single-bank holding company with $64 million in assets to a four-bank holding company with approximately $675 million in assets. In 2008, Mr. Steans led a group that made a significant investment in Cole Taylor Bank in the midst of the financial crisis. After Mr. Steans helped lead the bank back to safety, MB Financial acquired Cole Taylor in 2014.

Harrison is survived by his sister, Adeline Morrison, his wife of 61 years, Lois, his three daughters, Jennifer (Jim Kastenholz), Heather (Leo Smith), and Robin (Leonard Gail), seven grandchildren, Ryan, Sam, Abby, Jessica, Leah, Sydney, and Nick, and many beloved nieces and grand-nephews and grand-nieces. He will be remembered by all who knew him not just for his many and significant accomplishments, but for his personal integrity, sense of social justice, and his warmth and playful sense of humor.